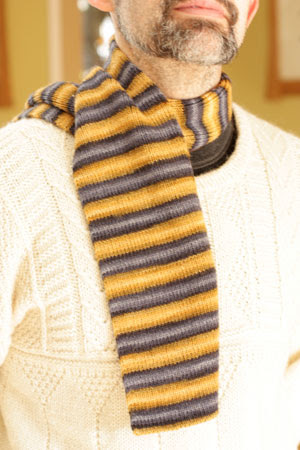 A non-knitter will look at this scarf and say: "You could just go buy a scarf for like $5. Why would you spend $27 on yarn to then have to knit it? That's insane!"

A knitter would say "Why would you knit a 1X1 rib scarf on US1.5 needles? That's insane!"

Ya, that sums up this scarf. And so totally worth it!

Problems with the pattern: uh, no. Actually having a mindless project to pick up and just knit was quite handy. The self striping hand dyed yarn makes for an interesting knit (with mini-goals)

Overall impressions: He loves it (as a matter of fact he's wearing it right now). It's a shortish/lightweight neck warmer. I did get the same colorway in a DK to make a matching hat. If I were to do an other (and I might) I would either cast on fewer stitches or get two skeins just so it's a bit longer. However: this is how he's been wearing it: 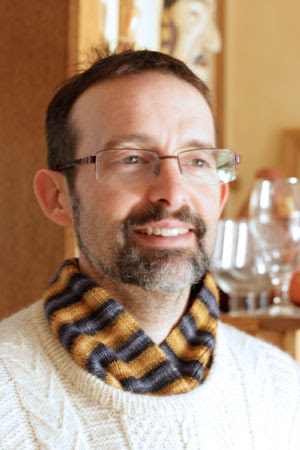