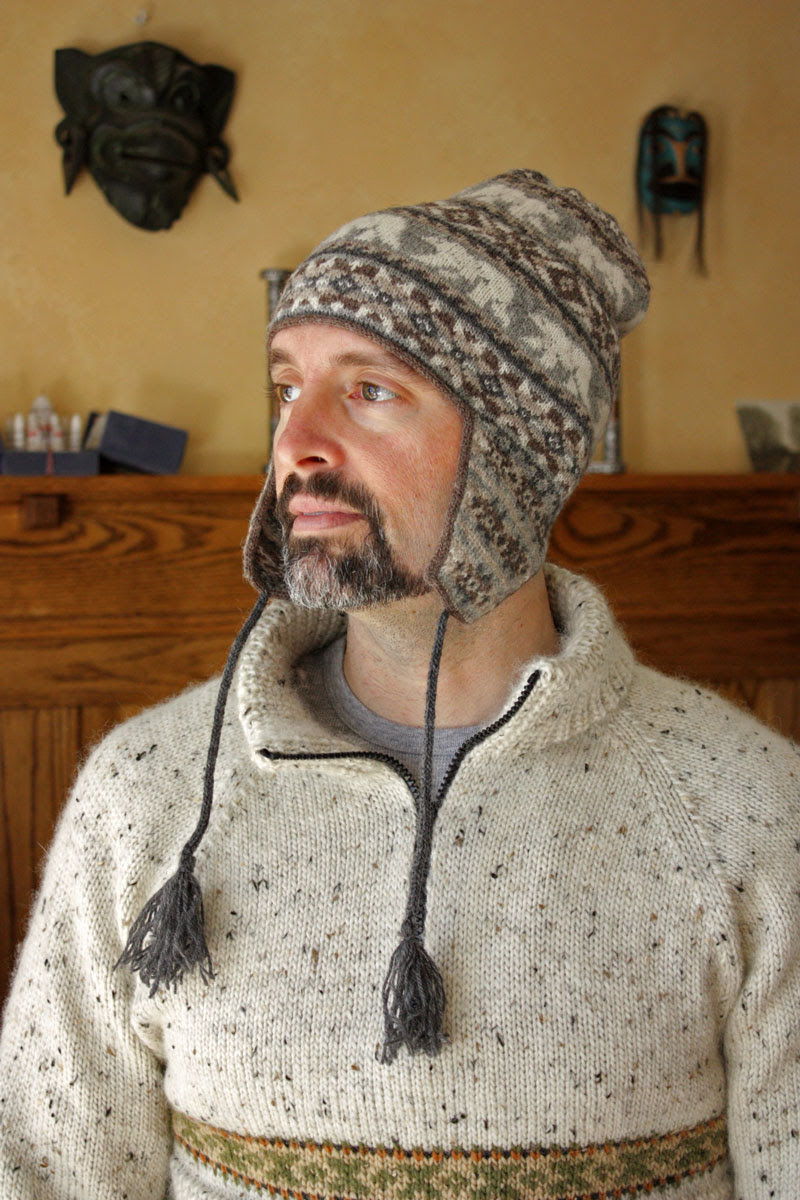 Quick summery: Matt wanted a chullo. I showed him Mary Ann Stephens' lovely chullo from Twist. (note to self. Do not show husband knitting projects that you don't actually think you can knit).

If you've been reading my blog over the last 7 years, you'll know that I rarely knit fair isle. So of course I knit him an advanced fair isle chullo.

A hard steam block, and the polar bears did flatten a bit, but my gauge obviously was a little snug (hmmm.. think I was tense while knitting it?).

Anyway, it's done, he's happy and I can move onto some lovely cables! Let's do project stats!

Problems with the pattern: not so much an error, more of a taste thing. The pattern has you k2tog, but I found I preferred a k2tog tbl (or knit 2 together thru the back loops). Much neater looking, and looking at the modeled photo, it looks like how it was done.

Changes to the pattern: I changed the construction a bit. I really really struggled with the ear flaps, so I did a temp cast on for the base of the hat, knit it, then worked the ear flaps down. This also gave me live stitches for the attached I cord, which was actually quite nice. If I were to do it again, I would do the ear flaps in the round so that they're lined (and fair isle is sooo much easier in the round.) 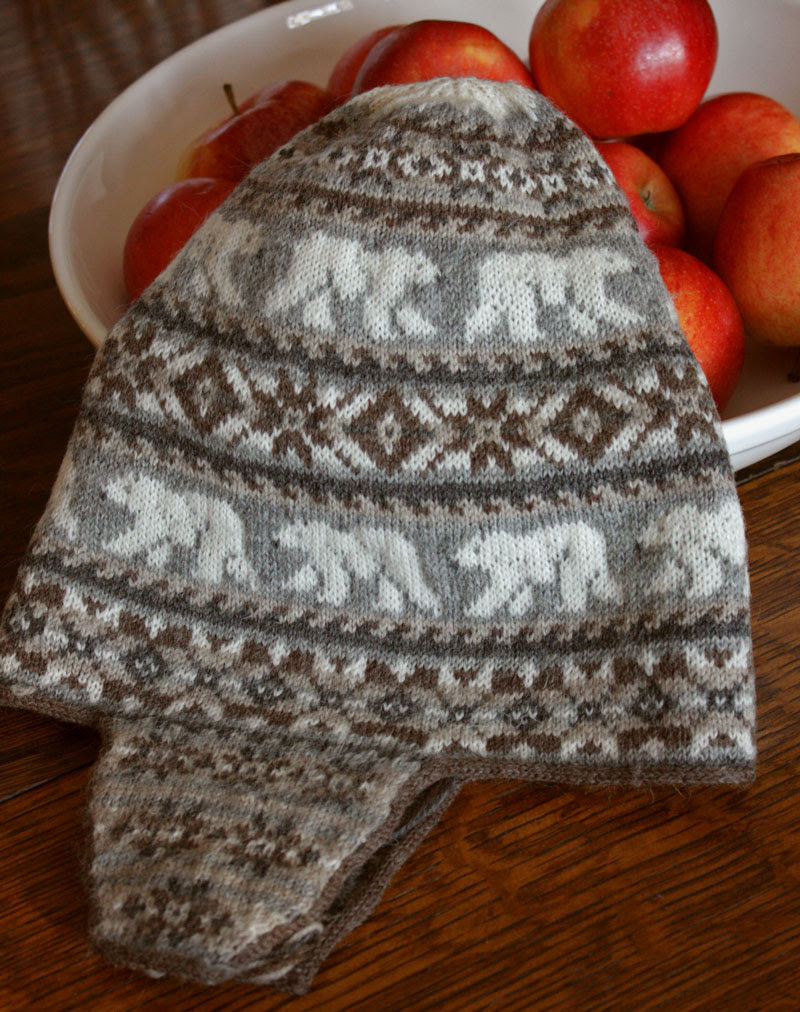 Overall impressions: stitches are fairly uneven, especially over the long floats of the polar bears. The ear flaps are kinda sloppy looking. was fairly torturous to knit. Matt is very happy so that is all that matters. Seriously doubt I would knit it again (but ya never know... I do enjoy a challenge!)

So it took me a year to knit and I got it done in time for him as an anniversary gift. Now I'm thinking he wants me to finish that quilt I started 15 years ago...

editor's note: Matt is also stylin' his new Aspinwall Revisted, one of my very favorite projects I've knit for him. I'm even tempted to knit him an other!