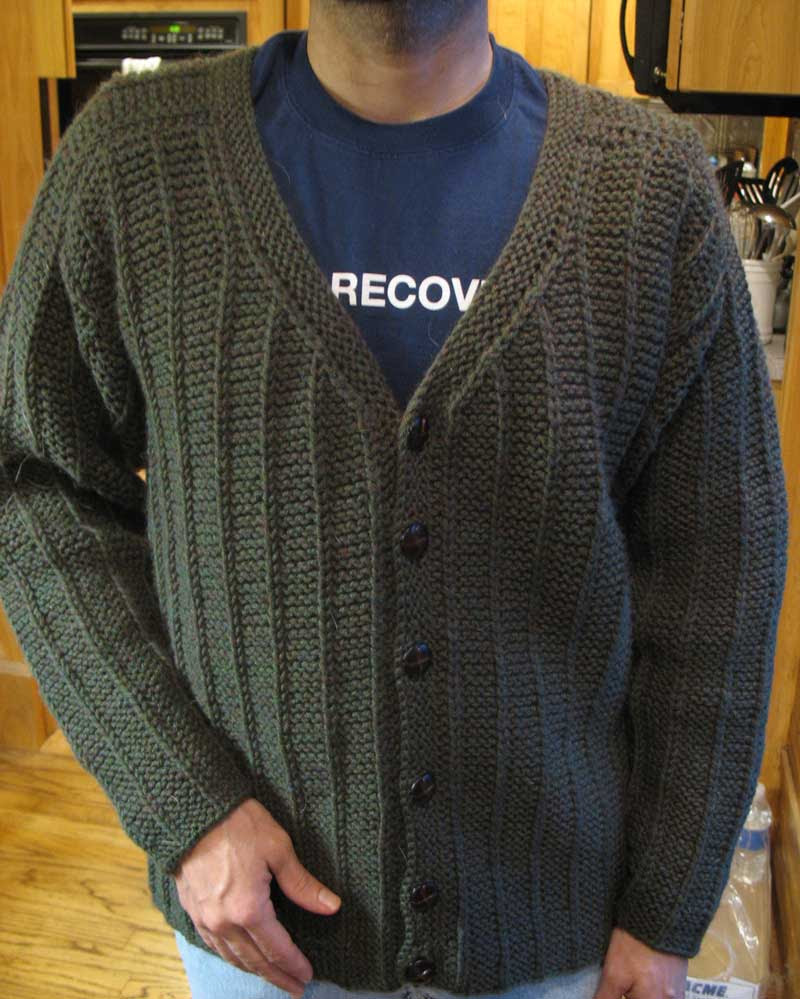 Matt and I live a very routine life. Especially in the mornings. He walks the dogs, feeds the dogs, and makes breakfast for us... while I knit and watch Sportscenter.

I try to work on a single project for my breakfast knitting. Something kind of tedious and not complex. Pre-coffee knitting. It's a good time to work on tedious, as I only work on it during this time frame. It's been a good way for me to finish up some projects... like Mermaid and Shoalwater.

What I've been working on is what we've named The Afghan Cardigan. It's a comfy, easy care cardigan for Matt in my favorite afghan yarn. 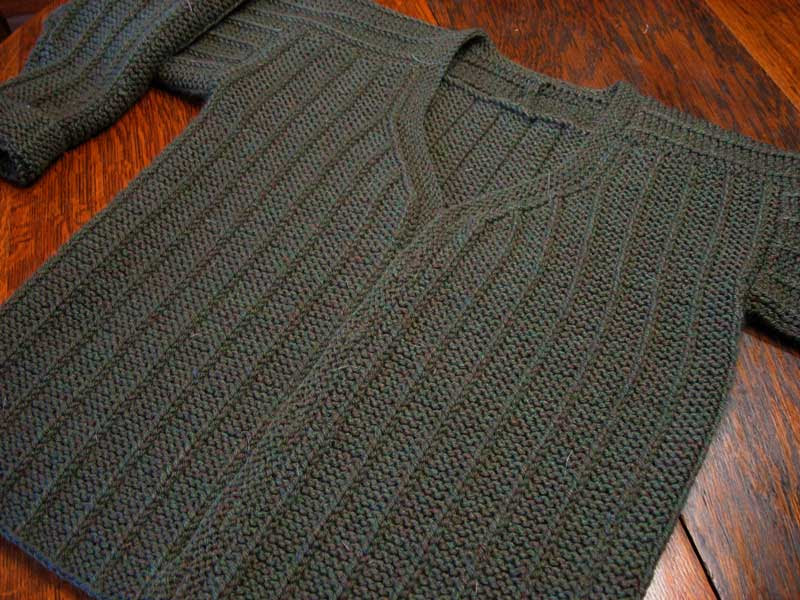 The Afghan Cardigan
click to enlarge
Ya, it's a simple saddle shoulder cardigan done in TLC Heathers. It's basically done (and washed/dried). I do have buttons... then I realized that I had bought leather buttons (which look FAB on it!) that can't be machine washed. Kinda defeats the purposed of the Afghan Cardigan! I'm pretty happy with it, and so is Matt. Let's do project stats (and I'll get him to model it as soon as I find buttons).

Pattern: Man's Classic Cardigan from The Knit Stitch by Sally Melville
Yarn: TLC Heathers
Changes to the pattern: shortened the sleeves not only in length but in depth (I mean the sleeves would've had an other 2" in armhole depth! too much for Matt). I also utilized the slipped stitch to mirror the neckline shaping (so I did have to purl a couple of stitches).
Problems with the pattern: Not much. While I understand that the idea behind the book was to use only knit stitches, it made for some funky shaping for the neckline). I'll also say that if I make it again (and this is one I would definitely do again) I would do the construction as top down. A lot less seaming.
Overall impressions: A quick, easy knit and I do like Sally Melville's approach. I love the way the TLC Heather washes up. Matt likes it and he won't worry about hurting it (as it didn't take me long to knit, it's machine washable and the yarn was cheap... I think there's maybe $10 worth of yarn in it). I'm giving it a thumbs up.

Now if I were smart, I would dig thru my WIP/UFO closets and find an other project that has become tedious to knit, but I know I still want to finish.