Since I needed to work on some other projects while struggling thru finishing Patrick (and we're all ignoring that I need to rip back the sleeves and re-do them, right?), I made Matt a Winter Set. 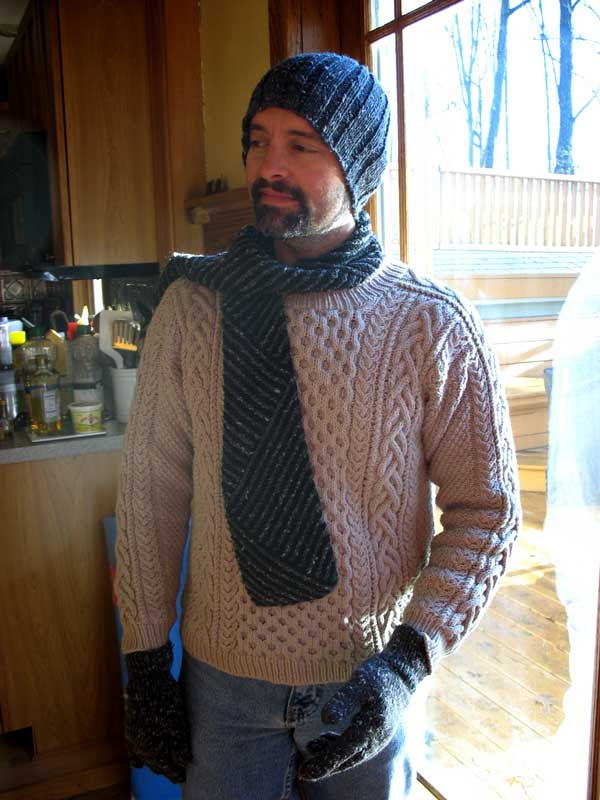 This started as just a pair of gloves. He's been asking me to make him replacement gloves for a while now (since he lost one of the convertable gloves I made him years ago). Gloves are like socks: Not My Favorite to Knit. However, I had some left over yarn from my Ribby, and I knew he would like the yarn (who doesn't? wool and silk blend in a lovely pewter color... yum).

Well, the gloves only took one skein, and I still had two skeins... so a matching hat and a striped multidirectional scarf soon followed (the scarf also has some left over black Cascade 220 from his Bad Ass Skully Hat). He's been using them in the mornings to walk the dog, and he's very happy with them. (but he better not lose any of it!)

So some easy, quick gratification... while I ignore the disaster that is Patrick.
Posted by Cindy at 9:42 AM